Bitton House was the home of Viscount Exmouth, one of the great British Admirals. He lived in the house from 1823 to his death in 1833. He was born Edward Pellew and entered the Navy at 13 years of age, he was born in 1757, a year before Nelson. He is best remembered for his defeat of the Dey of Algiers (The Dey was an elected body of civilian, military and pirate leaders). The settlement with them after a massive bombardment led to the eventual cessation of the piracy and trading in Christian slaves. Above the double doors to the gun deck at Bitton House is a stained glass window showing the Exmouth arms and commemorating the freeing of the slaves. The two cannons are souvenirs of his Algerian campaign.

Today, Bitton House is the home of Teignmouth Town Council. Many local groups use Bitton House for regular classes and meetings including Tai Chi, Teign Film Makers Club. There are also offices which are let to local businesses. We are licenced to hold Weddings in the Mayor’s Parlour, Pellew Suite and in the Orangery.

Within the grounds of Bitton House and Park is the historic Orangery managed by the Friends of Teignmouth Orangery. Volunteers currently open the Orangery on Sunday’s, Tuesday’s and Thursday’s 2pm-4pm. 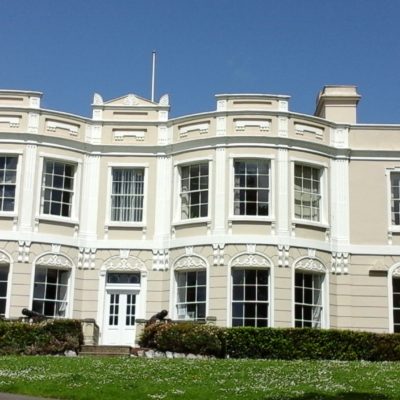 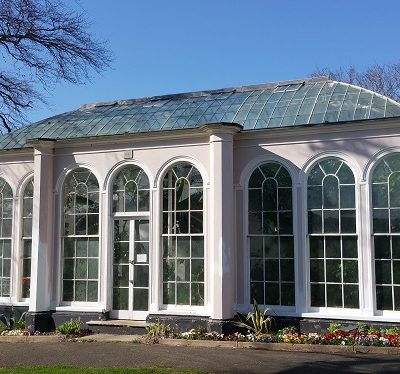 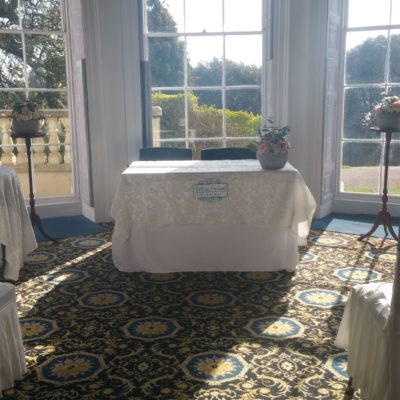