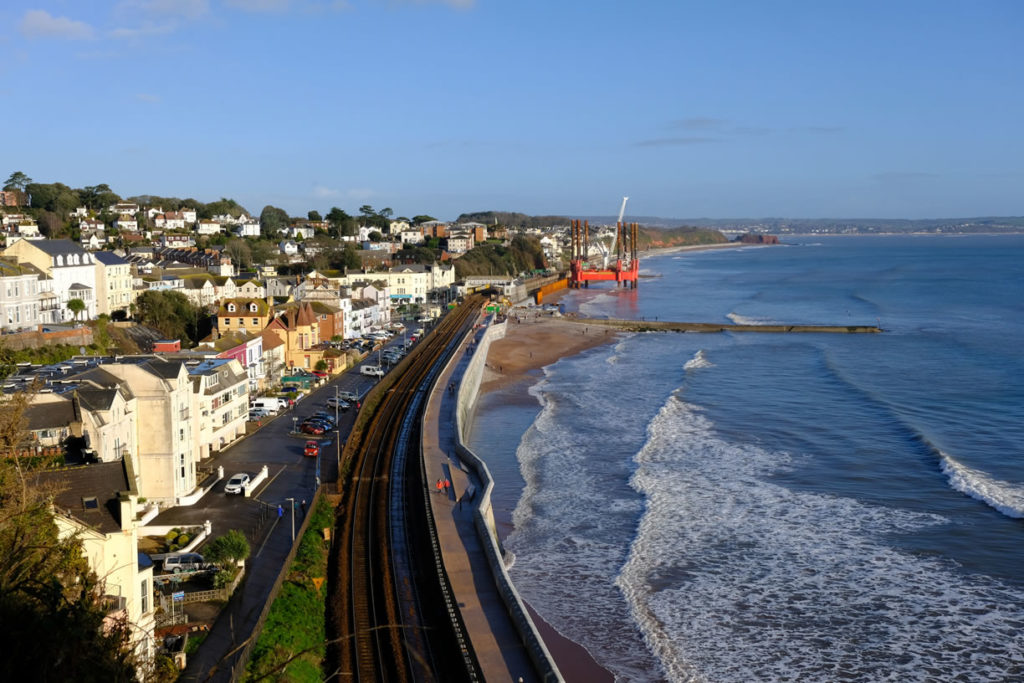 Dawlish station was opened by South Devon Railway on 30 March 1846 and was designed by Isambard Kingdom Brunel. The station initially only had one platform on the left side of the station. In 1873 the station was burnt down and the current station was built. Since then the station has stayed much the same until the orange army were called upon after the storm of 2014.

In September 2020 a new bigger sea wall was opened and runs for 360 metres along Marine Parade, West of Dawlish Station. Read about the new sea wall at Network Rail’s website: https://www.networkrailmediacentre.co.uk/news/new-sea-wall-helping-protect-railway-through-dawlish-seven-years-on-from-devastating-storm

Webcams – there are several webcams locally – please note for some subscriptions are required. https://www.dawlishbeach.com/